Taking closer look at research and experiences of SSHD members

This month we are getting better acquainted with the research of Yoko Yamamoto, a faculty member of the Department of Education at Brown University and a steering committee member of the Society for the Study of Human Development.

My strong interest in researching socialization and education grew from my experiences of being exposed to cross-national educational environments as well as beliefs and practices centered on diversity as I grew up. Attending pre-primary schools in Japan and England made me keenly aware of variations in school environments, expectations, and approaches to learning between the two countries. During my primary school years in Japan, I enjoyed playing and chatting with other children from various socioeconomic backgrounds while walking to a local school each day (walking with all neighborhood children as a group was required at the school I attended!). I learned about diverse beliefs, unique socialization experiences, and different family expectations through my peers’ stories. Learning about various local practices and differences in dialects by living in both rural and urban areas in Japan and working at a daycare serving children in buraku, a historically oppressed community, during a practicum made me question the homogeneity and egalitarianism highlighted in the Japanese educational system and society. These experiences, along with many others, built the foundations of my passion to examine families and education, especially learning-related socialization in varying sociocultural contexts.

2.        Did you have any mentor or a researcher who had substantial influence in your path or work?

I have been extremely fortunate to have met many incredible scholars and mentors who had a substantial impact on my life as a scholar and a person. If I had not met my adviser and mentor in my Ph.D. program, Dr. Susan D. Holloway, my path could have been different. It was Susan’s cross-cultural research on parenting that inspired me to pursue a Ph.D. in human development. When I joined a doctoral program in 2000, socioeconomic status was still considered a sensitive topic to examine in Japan. Susan encouraged me to pursue my passion to integrate sociological theories and approaches (I received an M.A. in sociology) into developmental studies and examine diverse family socialization within cultures. Coming to the U.S. and pursuing a Ph.D. without any family members could have been more challenging, if I had not had a supportive and caring mentor like Susan. I was also fortunate to have Dr. Mary C. Brinton, a sociologist at Harvard University, who specializes in gender and education in Japan, as my mentor near the end of my doctoral candidacy. We collaborated and worked on a research project examining cultural capital and educational processes depending on socioeconomic status and gender in Japan. Mary repeatedly talked about the importance of developing theories to generate richer knowledge in addition to conducting rigorous research. Dr. Jin Li, who was a mentor for my postdoctoral training, brought me to the world of researching Asian Americans and immigrants extending my previous research focused solely on Japan. Being involved in a longitudinal project on Chinese immigrant families expanded my interest in examining immigration, race, and ethnicity in family socialization. Immersion in this research and conversations with Jin also allowed me to identify similarities and differences within Asian populations. This cultivated my desire to understand cultural origins, institutional arrangements, and immigrant issues that interactively influence parenting beliefs, practices, and subsequent children’s developmental and educational experiences.

3.     You have a range of important work, select findings that you feel are key contributions to human development and describe those in brief.

In my research on Japanese families, I found significant socioeconomic differences in parents’ educational expectations and ways of supporting their children’s learning from preschool years. My qualitative findings demonstrated various ways through which parents from different socioeconomic backgrounds support their children’s education by using their knowledge and available resources while constructing and reconstructing their ideas based on past and current experiences and interactions with children and others. These findings extend insights from previous cross-cultural studies that tended to highlight culturally shared norms and practices in Japan. Interestingly, my most recent research that examined first-grade children’s beliefs about school learning in relation to SES and culture demonstrated no socioeconomic differences in their perceptions of school learning (e.g., purposes and benefits of school learning) within Japan unlike in the U.S. (Yamamoto, 2020). As children’s beliefs related to learning has been found to become a foundation for their later learning motivation, it is critical to examine institutional arrangements (e.g., teaching practices and classroom arrangements) and cultural values in their possibilities of reducing socioeconomic gaps.

Perhaps, my most influential work so far is a theoretical paper that provided conceptual models explaining different degrees of parents’ educational expectations and associations between parental expectations and children’s academic performance depending on racial and socioeconomic groups. By conducting extensive reviews of research and examining sociocultural contexts of various racial/ethnic groups, we proposed moderating and mediating models that explain weak associations between parental expectations and children’s academic performance among racial/ethnic minority groups. Moving beyond ethnic and racial categories, these models provided a nuanced view of interpersonal and intrapsychic processes by which parents in various racial and ethnic groups construct their ideas and respond to immediate contexts (Yamamoto & Holloway, 2010).

I hope to see more multiculturalism in studies of human development. Cross-cultural studies in human development have helped us understand variations in socialization and development across cultures. Cross-national and cross-disciplinary collaborations have increased. We have paid increasing attention to global contexts, inequalities, and justice in human development. But I think that important research and theories conducted by researchers in non-English speaking countries are still buried in their own countries and have been rarely appreciated in English-speaking academia. I have met many inspiring and admiring researchers who conduct unique research using indigenous perspectives and theories developed from their countries or communities. I hope to see more ways through which scholars can exchange their research, ideas, and discussions. I believe that such processes are necessary to truly advance our understanding of human development within and across contexts.

5.        A mentoring statement or quote you find most meaningful.

It is important to contribute to communities and societies by bringing “warm knowledge” and not “cold knowledge.” And researchers need heart in addition to brain to do so.

This is a quote from Dr. Kokichi Shimizu, my collaborator and a Japanese sociologist who has conducted effortful community-based research on schools serving low-income minority students in Japan. He talked about the importance of bringing knowledge and research findings that could help, support, and empower people in the communities rather than knowledge that will separate people or create distance from those people. 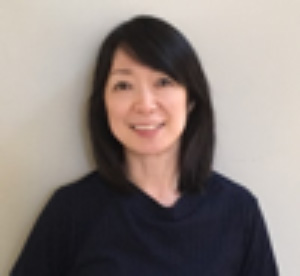 Yoko Yamamoto is a faculty member at the Department of Education at Brown University. She has also been an invited summer scholar at the Department of Human Sciences in Osaka University, Japan since 2013. She has examined parental socialization and children’s educational processes in diverse sociocultural contexts. Integrating theories and research in developmental psychology, education, and sociology, she is especially interested in understanding how families from diverse backgrounds, especially concerning socioeconomic status, culture, and minority/immigrant status, support their children’s development and education. She received B.A. in child development and M.A. in sociology at Kobe College in Japan and Ph.D. in human development and education from University of California, Berkeley.  Yoko was a 2012 Abe fellow and a recipient of the Mayekawa Foundation grant in 2017 and 2018.