Taking a closer look at research and experiences of SSHD members

This month we are getting better acquainted with the research of Denis Gerstorf, a professor of Psychology at Humboldt University in Berlin, Germany.

1. What drew you to do work in human development?

I always knew that I wanted to do “something with psychology” but couldn’t quite put my finger on it. Then in one of the first lectures on developmental psychology some scatterplots of older adults were shown: On the left, those for performance on cognitive functioning and on the right, those for well-being. The cross-sectional age gradients, of course, vastly differed, but what the graphs had in common was the spread of individuals across the entire range of both scales. What a picture! It changed my way of thinking. And of course, I wanted to understand HOW COME? I still vividly remember it. How could this heterogeneity be better understood? By the interplay of more normative processes such as primary aging, secondary aging (morbidities), and tertiary aging (mortality), one of the nomenclatures back then? How is this interplay shaped by the contexts people live, such as their spouse and how he or she is doing? I am still intrigued by these questions. The individuality of age and aging is simply fascinating!

2. Did you have any mentor or a researcher who had substantial influence in your path or work? Is there a significant moment or story that capsulizes the nature of that influence on your scholarship or professional journey?

I received doctoral training in lifespan theory at the Max Planck in Berlin from Paul Baltes and Jacqui Smith and post-doctoral training in lifespan methodology at the University of Virginia from John Nesselroade. Out of many formative experiences, two stand out. First is the comprehensive training integrating conceptual thinking and a profound foundation in developmental and aging theory and skills and competence in quantitative methods. This broad foundation made my peers and me realize the importance of aligning theory, data, and methods as best as possible. Even now, almost 15 years after Paul died, I find myself often wondering and brainstorming with my collaborators how to apply and adapt recent advances in longitudinal methods to articulate, operationally define, and test predominant and often long-standing notions of developmental and aging inquiry more precisely than in previous research. Such a process, in turn, prompts the need for further refinement of these conceptual perspectives.

Second is how to think about developmental and aging sciences. Interdisciplinarity, lifespan orientation, and institution-building are the three key concepts our mentors have instilled in us and that we try to actively bring to life. I would like to provide just one example. To test questions about the role of historical change in adult development and aging, we need data sets – and each of these data sets took an entire (academic) lifetime of many different scholars to collect. In our field, we are now in a position to reap the benefits of these kinds of data. We are thus, deeply indebted to the foresight of scholars like Paul Baltes, Jack Block, Dorly Deeg, Ravenna Helson, Richard Suzman, Warner Schaie, and many others who helped to position us in this fortunate situation. We can harvest fruits from the seeds these scholars planted and have nurtured over many decades. I started as a student assistant in the Berlin Aging Study (BASE) co-founded by Paul Baltes in the late 1980s, and used a tiny portion of these data for my diploma thesis and dissertation studies. It is an interesting turn in history that I feel extremely grateful for and also obligated as well as committed to serve as a chairperson of the Berlin Aging Study II to walk in the footsteps of and expand upon what we have learned in the original BASE.

3. You have a range of important work, select 1-2 findings that you feel are key contributions to human development and describe those in brief. What might be the cultural, inclusion or global significance of your work?

Old age is getting younger! The literature on the role of historical change for adult development and aging (to which my coworkers and I have contributed) provides a pretty consistent picture –– at least in Western Europe and North America –– that people in their 60s and 70s today do in part substantially better on a myriad of behavioral measures and in their own perceptions than their age peers several decades ago. For example, 75-year-olds nowadays are cognitively fitter and happier than 75-year-olds 20 years ago. They also report, on average, feeling less lonely and perceiving their lives to be determined less by powerful others. This has tremendous societal implications such that, for example, the needs of older adults today are presumably different, let alone conceptual implication about the malleability and probably even opportunities to optimize adult development and aging. At the same time, we know little about how this success story could be generalized to non-WEIRD (Western, Educated, Industrialized, Rich, and Democratic) countries. We also know that patterns of historical change appear to be considerably less favorable for midlife and for very old age, at least in countries like the US. So it stands to reason that the pattern we see today is not necessarily the pattern that we may see tomorrow.

4. If you had just one wish for the study of human development, what would it be? How would it advance the field?

Bring lifespan to life! I was fortunate to have gotten my first faculty position in HDFS at Pennsylvania State University – an entire department full of lifespan scholars who study questions of development from the cradle (if not neonatal) to the grave. Despite my lifespan orientation and training, I have exclusively examined older adults, admittedly in recent years also middle-aged adults. Still, young adults are used only as a comparison group, and people younger than that are not considered. I have the impression that I am not the only one who is caught in that trap. This is a pity because there is so much scholars interested in adult development and aging can learn from the study of children and adolescents, their paradigms and insights, to name just two. Vice versa, there is a lot that we can bring to the table to better understand questions about the how and the why of what we see in the first 20 years will remain stable or change in the remaining 40, 50, or even 60 years. It is thus great to see initiatives such as those by the Michigan group geared toward that end. But many more steps are needed to move from a state of friendly and peaceful co-existence to real collaboration.

5. A mentoring statement or quote you find most meaningful or life-changing

“Don’t aspire to be a big fish in a small pond, but aim for becoming a tiny fish in a big pond” – what does that mean? The ONE key constituent of my work is to collaborate with others (who are often much smarter than me). Except for my dissertation, I do not have a single solo-authored paper. I wholeheartedly believe that this circumstance will not change. What a blessing! The active and critically-constructive exchange of ideas and perspectives and the contribution of complementary skills and sets of expertise is what brings projects (and me) to life and to sparkle. Over and above numerous other collaborations which I cherish and have considerably benefitted from over the past 20 years, I am particularly thankful for the projects conducted with Christiane Hoppmann and Nilam Ram. Thank you both for the conjoint ride! Onwards and upwards! (another important mentoring statement – my peer group knows …). These extensive international collaborations are also a great venue to foster the next generation of developmental science scholars by providing opportunities to learn from diverse sets of expertise, perspectives, and skills. 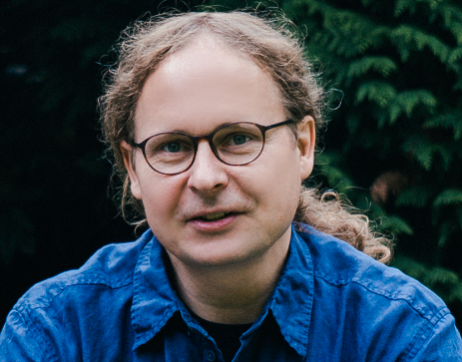 Denis Gerstorf is Professor and Chair of Developmental Psychology at Humboldt University in Berlin, Germany. Denis also holds appointments as Adjunct Professor of Human Development and Family Studies at Pennsylvania State University and as Research Fellow at the German Socio-Economic Panel, one of the longest-running national surveys worldwide. He serves as (Associate/Section) editor for various journals, such as Psychology and Aging and Gerontology. He is Fellow of the Gerontological Society of America and considerably enjoys being the chairperson of the interdisciplinary, multi-institutional Berlin Aging Study-II consortium.